Daylight Savings Time and Depression: How to Cope

It is that time of year again.

“Spring forward and fall back.”

We are falling back alright. Falling back asleep for another lovely hour of shut-eye before waking up to the sounds of complaining co-workers and bitter bosses.

OK I’m kidding (partially). It’s only an hour of sleep we gain and within a weeks time we forget anything even changed.

In case you’re new to life, DST is a seasonal time change occurring twice a year where clocks are set one hour forward or one hour back.

This year, on Sunday, Nov. 4, Americans will set their clocks back one hour, and most of the United States will “lose” an hour of daylight. Benjamin Franklin is to thank for the idea of these spring and fall clock changes, originally pioneered to save energy. While there are arguments that we haven’t actually saved anything, the tradition lives on.

When is Daylight Saving Time this year?

How does Daylight Saving Time Affect me?

You might have heard about a previous study reporting an increase in heart attacks during the spring forward clock change.  The exact cause of the increase remains unclear but researchers have several ideas. The hour change may disrupt circadian rhythms and interfere with cortisol levels, the hormones that fluctuate throughout the day to help manage stress on the body, and increase blood sugar when sugar levels are low. (57.)

Other studies show the hour of sleep gained in the fall months can be attributed to depression, particularly in women. The one hour time change, even when adding an hour of much desired sleep, can have detrimental effects on the brains delicate circadian clock.

Both insomnia and excessive sleeping are commonly known symptoms of depression. Further research has shown a dysfunctional body clock in the brain could be a contributing factor to depression.

People with clinical depression have shown disruption in their circadian rhythms across brain regions, according to a study in the Journal Proceedings of the National Academy of Sciences. Researchers have observed post-mortem brain samples from mentally healthy donors and compared them with those of people who had major depression at the time of their death.

They found that gene activity in the brains of depressed people failed to follow healthy 24-hour cycles. (12.)

Depression and the Circadian Rhythm

Everyone is born with a genome that behaves as the blueprint for building the proteins that make up the human body. However, these genes aren’t stable protein-building machines and instead, vary in their activity levels. Some express themselves more or less depending on the situation. One factor that impacts gene expression is the daily light cycle.

Cells in a region in the brain called the hypothalamus are responsible for setting the body clocks and keeping the rest of the cells in the body on a 24-hour cycle. This can explain why it takes so long for the internal clock to readjust after traveling to a new time zone, better known as jet lag.

Researcher Jun Li, a Professor of human genetics at the University of Michigan, and his colleagues, observed the brains of 35 patients with major depression, and 55 mentally healthy people, all of whom had died at various times around the clock.

To better understand how gene expression varies in depressed people they examined this gene expression in six major brain regions: The cerebellum, the hippocampus, the dorsolateral prefrontal cortex, the anterior cingulated cortex, the amygdala, the nucleus and the accumbens.

The brains of healthy people who died around similar times of the day displayed similar patterns of gene expression while the depressed brains did not follow the same patterns.

In the healthy brains, of the 16 genes showing the clearest patterns of cycling, 11 of those genes cycled around the clock in four or more brain regions. In the brains of people with major depression, however, only two of the 11 genes showed clear cycling patterns in more than one region, and none cycled in more than three regions.

This observation indicated that the depressed people’s circadian rhythms could simply be “flattened out” , according to Li. Or, the lack of pattern could reveal a shift in the daily cycle such that the patterns weren’t detectable in the depressed brains.

Researchers then tested this idea by comparing gene expression in depressed patients who died at different times, finding similarities suggesting that their body clocks may have been shifted by several hours.Another analysis, however, found that genes that would be expected to shift together didn’t do so in depressed people. That finding suggested that the clocks were disrupted. (52.)

In other words, the problem in depressed brains appears to be with people sleeping at the wrong time of the day and the quality of sleep being poor.

How can you avoid Circadian Rhythm disruption this DST?

In reality, most people can’t take advantage of the extra hour of sleep due to their Circadian Rhythm naturally waking them up at the time their body is used to.

If you find yourself in this funk, it’s best not to hit snooze as you can wake up even groggier than before since you won’t be getting a full sleep cycle during that hour.

Some people recommend taking melatonin supplements to maintain steady sleep until your alarm goes off. But, be careful, as some claim they feel groggy and in a dream-like state when they wake.

Another method is trying Chronotherapy, which is often used to treat insomnia. This is just altering the time you go to sleep which may be a bit drastic for just one hour.

It is best to take precautions while driving and performing other tasks, while your body is readjusting.  This can take a few days and upwards to a week.

If feasible, take a walk outside to get some sunlight to help reset your body clock.

Check out this interesting article.

If you are in crisis or you think you may have an emergency, call your doctor or 911 immediately. If you’re having suicidal thoughts, call 1-800-273-TALK (8255) to talk to a skilled, trained counselor at a crisis center in your area at any time (National Suicide Prevention Lifeline). If you are located outside the United States, call your local emergency line immediately. 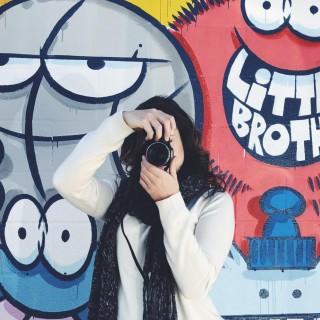